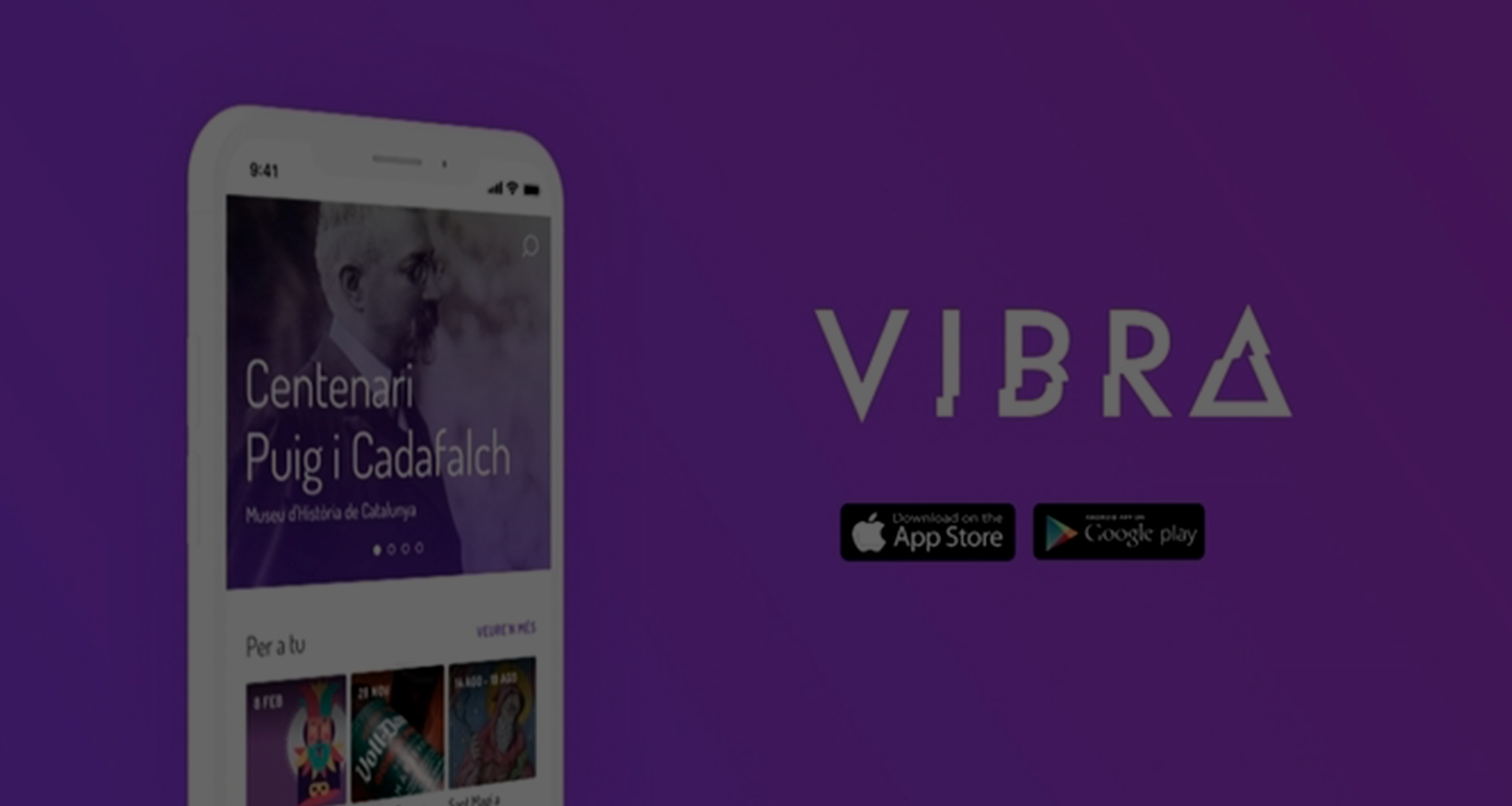 Vibra: your cutural agenda in one App

Vibra is the mobile application launched by the Department of Culture of Catalonia that collects the cultural agenda of all the Catalan territory. This app offers an average of 1,000 cultural experiences every day with the information of 4,500 facilities.

Create a digital service that encapsulates the cultural offer in only one product in the most complete way possible. This way, the citizen gets a search tool that gives visibility to all the acts and cultural experiences from everywhere in the country, with the possibility to show all these contents customised according to the user’s preferences: cultural interests and zones of interest or location.

The project was conceived with an initial phase in which a Service Design was carried out to understand the needs, detect new opportunities and generate spaces for innovation. To achieve this, a series of actions were made, such as:

Subsequently, a second phase was presented in which the technological feasibility of developing Vibra was studied, based on the needs established in the conclusions made in the first phase.

Finally, once the objectives had been landed and aligned, both conceptually and technologically, the construction of Vibra was approached through an initial MVP, followed by a series of evolutionary processes that have been adding value to the user.

This evolutionary approach is still valid today, making Vibra ever-evolving, adapting to the current needs of users. A key aspect has been the relationship of trust and transparency with the Department of Culture, working closely with Vibra's vision as a product and not a mere project.

In itself, Vibra is not only a mobile application, it is a whole system.

As an integrator system, we opted for a SOA (service oriented) architecture, where the main services of the system are:

For the data aggregator, it was proposed to use an open source product called NodeRed, which allows the implementation of data streams from the extraction to the sources (SOCRATA and other web services) to the transformation and upload to the Vibra database server. The main data source comes from the Cultural Agenda, through the Generalitat's Open Data service, making Vibra also a digital project for reusing and transparency of open data. It is also worth noting that as other data sources we have information from Heritage, Equipment and meteorological data obtained from Meteocat.

Each element of the system is self-contained (container) to be able to be deployed on any of the Generalitat's cloud platforms, which guarantees a scalable system at all times.

On the other hand, the Web API Rest provides all the services that the mobile apps (iOS / Android) will use, as the main clients of this architecture. Committing to native app development, we ensure better performance and user experience - a key element of this project.