We help the Government of Catalonia create, in record time, the app that fights COVID19

Stop Covid19 Cat is the mobile application that the Generalitat de Catalunya has made available to the public to improve the identification of symptoms in the COVID-19 pandemic, an app with a positive impact on society and focused on people's well-being.

The application has different highly useful functionalities for health authorities and citizens, as it allows to:

During the first days of the pandemic, and seeing the high rate of affectation in the population, the Health Department of the Generalitat de Catalunya enabled a first version of the mobile application to facilitate the identification of positive cases and to be able to attend them, prioritizing the most urgent ones. Advice was also provided to other cases on how to act and monitor.

The application, for the iOS and Android platforms, was very well received and could achieve its initial objectives, but it was necessary to update it as more details of infection and symptoms became known and the number of cases grew. And that's when it needed to be improved to prepare for the following phases.

It is at this moment that Opentrends was contacted to create a completely new version, keeping the spirit that its predecessor had but preparing it for the new situations that may come depending on the evolution of the alarm state or the situation of the pandemic.

We were presented a first great challenge, to execute in 3 weeks the integral development of a project based on iOS and Android mobile apps, the self-test development in a dynamic way and the management of all the information on a server platform.

On April 7, 2020, all operations begin. A virtual meeting was organized between the Health Department and Opentrends and we were exposed to the situation and how it needed to improve so that, above all, we could correctly manage the evolution and management of the health pandemic.

The deadline required for the implementation of the system was three weeks in order to activate a new version on a completely new system.

The second great challenge was to execute the entire project with a team carrying out their activities 100% remotely, as the entire workforce had been teleworking since the activation of the alarm state.

In the following two days, Opentrends made a functional and technical analysis of how the implementation was planned and presented a project proposal, which was accepted.

On the third day, April 9, first thing in the morning a first team meeting was organized of about 15 people belonging to different areas of the company.

This first meeting was followed by others and a set of uninterrupted days of analysis and design sessions, prototyping, implementation and testing until the correct version was released.

After a few weeks, a completely renewed application platform was made available. Conversations were established with Apple and Google to facilitate the activation of the app in their respective markets and, in early June, after various revisions and final adjustments to adapt it to the evolution of the pandemic, it was activated for all users.

From the beginning, and motivated by the emergency situation, the project was raised with the formation of a Team-As-A-Service team to work remotely.

The team consisted of the following profiles:

All areas of the project were developed in parallel, from the definition of the requirements, the usability, prototyping and implementation of the web platform, mobile apps and test plan, all converging towards a single final stage.

During the creative and implementation phases it was necessary to redo paths already made a few times, but the day-to-day and the urgency of the deadline forced it.

The whole team was invested to the 200%.

Stop Covid19 is made up of a mobile application that communicates with a web platform that stores and manages all the information. It also includes a set of dynamic web forms that adapt to the specific needs of the moment to allow personalized monitoring of the citizens’ symptoms.

At a high level, the used infrastructure is as follows: 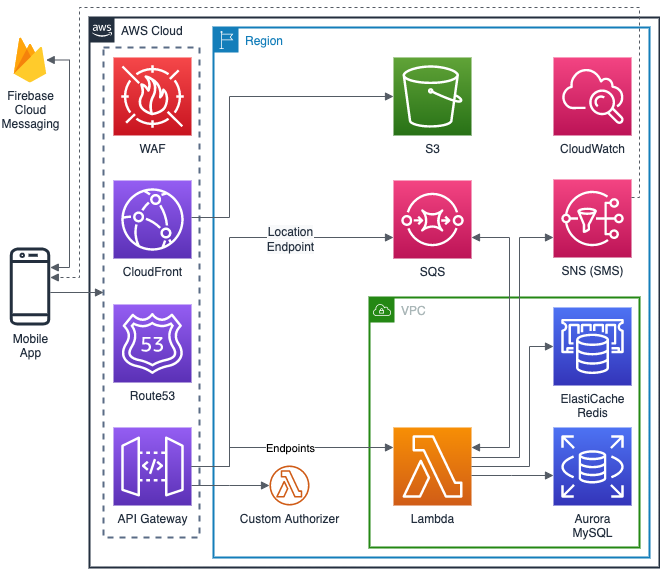 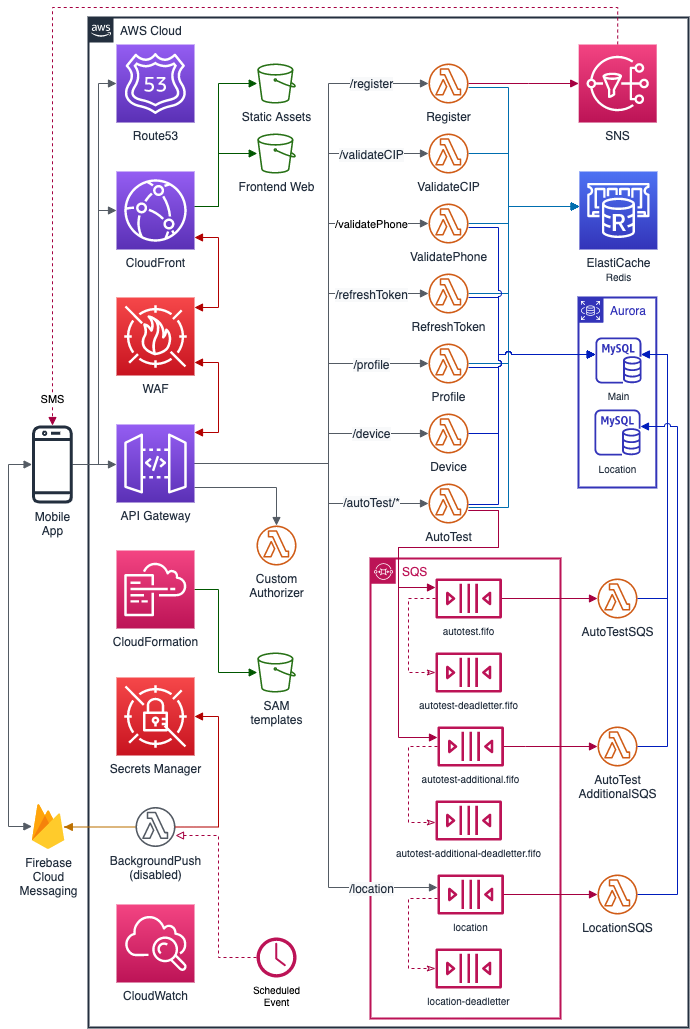 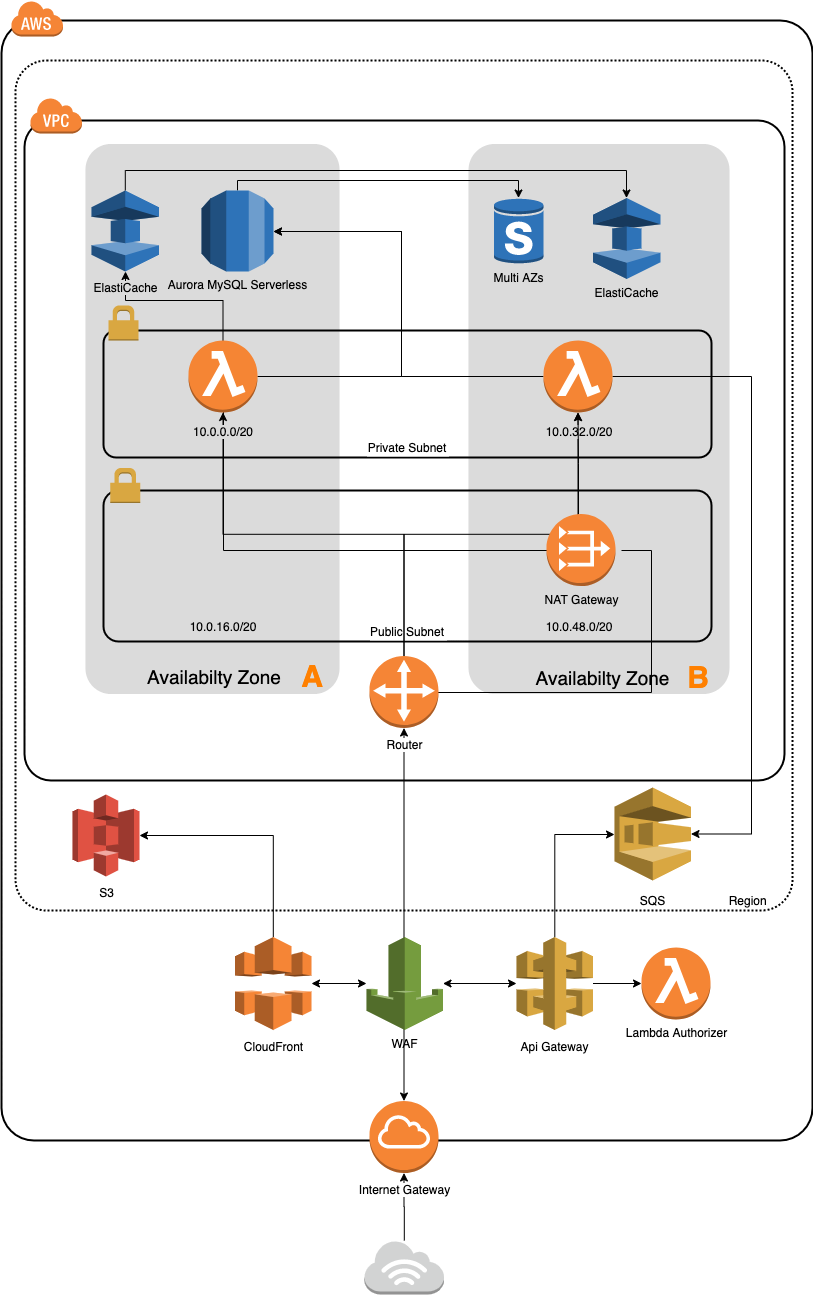 The Health Department of the Generalitat de Catalunya opted for Opentrends for: