The beginning of the fifth wave of the COVID-19 pandemic mainly affected the population between 15 and 35 years old, to whom vaccination process had not arrived yet. This group makes intensive use of social networks and is characterized by quickly communicating any incident among their inner circle. This situation led to a crash of the 061 service, as well as of primary care services, due to inquiries about whether “close contact” was and how to proceed in that case.

To solve the situation, it was decided to provide citizens with a tool that would allow them to clarify what a close contact is, determine if they are one and how to act accordingly. This tool must be clear, easy to use and attractive to young audiences. It must also be conceptualized, built and deployed in the shortest possible time, in order to ease congestion in basic health services. This tool was SocContacteEstret.

The challenge
How did we do it?

It was a really ambitious challenge. We had to conceptualize the application, define its graphic line, build it, prepare its infrastructure and deploy it, working simultaneously and within a maximum period of two weeks.

For this, we created a multidisciplinary team of 3 squads that, from the first day, worked collaboratively:

During the second week, the BI squad was incorporated. Together with /Salut, this squad defined the metrics, KPIs and the application dashboard for subsequent use.

In this step of the project, we applied extrem programming and Agile techniques.

The solution
What did we do?

The following video shows the technical part of the application:

Two environments, PRE and PRO, were defined and AWS services were used to create the Cloud server, specifically

Infrastructure management was done through AWS CDK tool and CloudFormation templates. Apart from the application deployment, a CI/CD with CodeCommit + CodeDeploy + CodePipeline was configured in order to speed up future deployments in the environment. All was done in parallel to the development process. 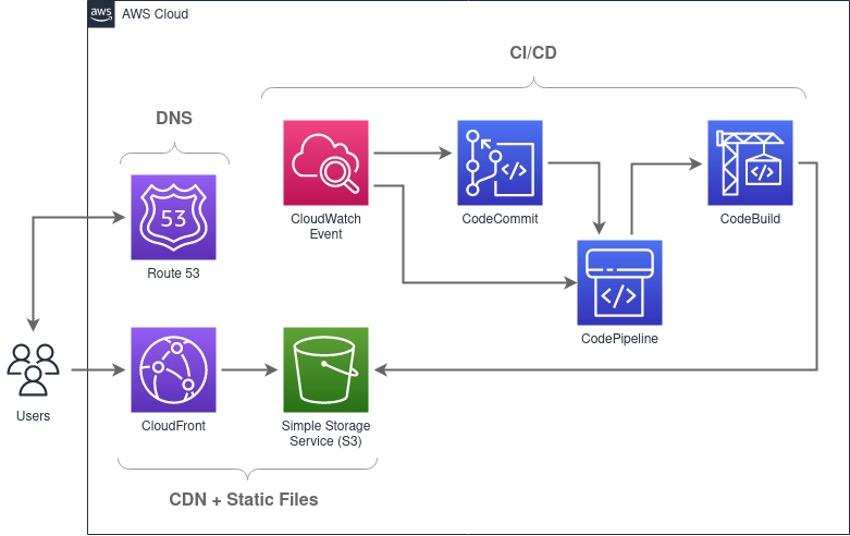 With a week of lag, the BI squad started to define the dashboard that would allow /Salut to measure the use of the application, as well as to obtain statistical information (never personal data) on the answers given. It was done to better understand the fifth wave and infer subsequent actions to improve the responses and solutions offered to citizens.

We used datastudio to extract and build the dashboards, and Google analytics as Datastudio and GA data source.

The results
Achievements and scope

From the decision to create the application until it became operational, only two weeks passed, including the conception and execution of the entire communication campaign, which was finally the critical step.

This WebApp made it possible to drastically reduce calls to 061 and inquiries to Primary Care Services, allowing the resources to be allocated where they were really needed.